Yesterday I read an article about a woman who was overcome with jealousy after talking with a friend who was about to go on a first date. The friend spoke of how she was nervous, she wondered if he would like what she wore, what kind of conversations they would have over dinner, etc…

The woman remembered having those same feelings with her husband when they were dating, and after coming home to a messy house, toys everywhere and needing to fix dinner for her family, her jealousy coursed through her. But then as she was cleaning up the kitchen she felt her husbands arms wrap around her. He told her he was going to get some snacks and they could watch a movie. She took a shower and when she came out she realized her husband knew all of her favorite snacks and she realized how lucky she was to have the life she does. I was with her the entire time until I read this line.:

“Those feelings do go away.”

This got me thinking about a lot of advice I was given. You know, the kind of advice we don’t ask for but are given anyway?

Now I’ve only just been married 8 years, and I’m not proclaiming to be any kind of expert. I also am a bit of an odd ball, so maybe this is just me, but here are my own personal thoughts and feelings on this subject.

Marriage is the easiest thing I’ve ever experienced.

I agree with the woman from the article when she mentions that she is married to her best friend that knows her so well he can go buy all of her favorite snacks.

Neil knows me better than I know myself. He could and has come home with my favorite things. He makes me my favorite meals, he will put on shows he doesn’t care for because he knows how much I enjoy them, but I find him laughing and maybe slightly enjoying them too. Or, maybe he’s like me, and he enjoys watching me enjoy them.

Yes, sometimes marriage does take compromise, and it is a commitment, but it’s an easy one. Loving Neil is as easy as breathing. Being married to Neil is just as easy, it’s like getting to have a sleepover everyday with my best friend.

The woman in the article also mentions how intimate moments between the two of them don’t happen as much as they used to because they get interrupted by children. Neil and I will never be blessed with children, (Please no, “Oh it can happen” comments. It can’t. We aren’t able to have children of our own, and the state won’t allow us to adopt because of Neil’s preexisting health conditions) so I can’t really speak to this, but I will say I have known many couples, my parents included, who made time. They sent the kids to bed early, they set boundaries and the kids knew, this is mom and dad’s time. I know plenty of couples with children who are just as intimate as they were when they were dating, and I don’t just mean sexually, although; that is a part of it.

And as for the butterflies and feelings I had when Neil and I were dating? They never went away. I still get nervous sometimes, and I get genuinely excited when I know I’m going to see him dressed up or whenever we do something out of the ordinary.

Like all couples, we have our share of ups and downs, we have arguments (very rarely, but we do have them,) And there have been times when we have had to put plans on hold or start from scratch, but that’s just life. Having a loving partner by your side makes the hard times more bearable.

When you fall in love with someone, you want to give them everything. You want to help them because you don’t like to see them struggle, and compromises do happen, but you don’t really think of them as compromises, because you genuinely enjoy making your partner happy. Marriage is about being a team. Sometimes I come home completely exhausted and mentally drained, so my husband picks up that slack. He can’t help me as much as he likes because of his disability, but he does what he can, and vice versa.

Marriage is working together, loving each other, making the most out of life, together! Marriage is love and commitment, but it’s easy. Just like friendships are easy. Once you have that connection, sure you have to put forth some effort to make time to spend together once in a while, but it’s not difficult, right? So why should your marriage be difficult? Why should your relationship be difficult? I think that’s the key though, marrying your friend.

So here’s to love and friendship! To long lasting excitement and butterflies in the stomach! To a marriage that’s as easy as breathing! I hope all of  you who haven’t already, find your “Neil.” ❤ 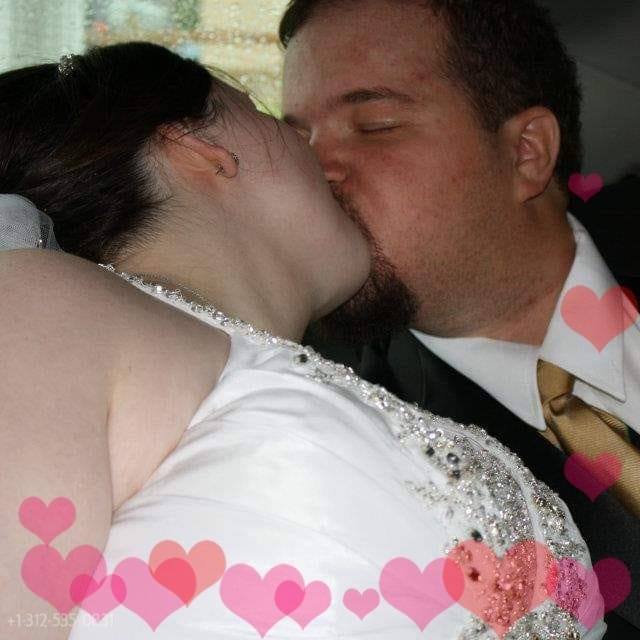 This entry was posted in Love, Personal, This Is Me and tagged #friendship, #life, beinginlove, commitment, fallinginlove, love, maritalbliss, marriage, relationships. Bookmark the permalink.

37 Responses to Marriage Is Hard?