The lovely and talented Mel, author of Crushed Caramel (Learner at Love) has nominated me for a Tell The Story Challenge. Ya’all know how much I love story prompts, so there was no way I couldn’t participate in this one.

You can read Mel’s post where I was nominated below:

If you haven’t checked out Mel’s blog before, do yourself a favor and spend some time perusing through her adventures, she’s such a doll and will take you on a roller coaster ride of emotions!

This is the picture I was prompted to use for my story: 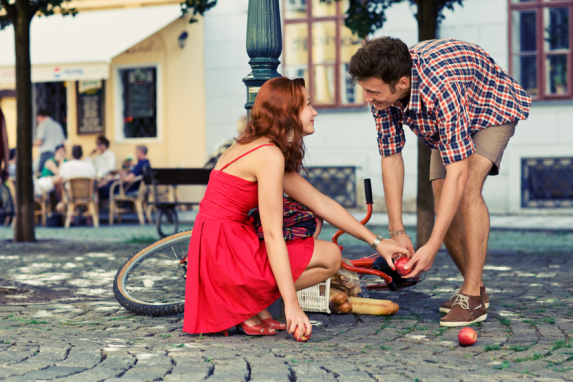 So without further ado, I give you…..

One of my favorite places in all of Ohio is the West Side Market, I mean what’s not to love? There are numerous street food vendors, fresh produce markets, butchers, bakeries, coffee shops, butchers, and various other vendors. I mean where else can I buy fresh bread, everything I need for a gourmet meal, and fresh cut flowers to adorn my table all in one place, and all from local shops and farmers?

It was my parent’s 50th wedding anniversary and I was meeting my brother at his place so we could take pictures before we met them at “The Palazzo” for dinner. I scoffed at the memory of my mother stating she wanted updated family photos, especially ones of my brother and me, but she wanted them to be taken at a special occasion where we could get dressed up.

“Now whatever could that occasion be?” She asked just as sweetly as she possibly could, two months before their anniversary. My brother and I rolled our eyes when she was out of sight, but somehow she knew, I swear that woman really does have eyes in the back of her head!

My parents love Italian food, so my brother and I decided to splurge and take them to “The Palazzo”  the best and fanciest Italian restaurant in Cleveland. My brother called to make reservations at 7:00, but my father protested because he didn’t want to miss Jeopardy.

“But pops, it’s your anniversary.” I insisted.

“Yes, and your mother and I haven’t missed an episode for the past 50 years, so why should we start now?”

My brother pinched the bridge of his nose in frustration, and I had to bite the inside of my cheek to keep from laughing.

My brother rolled his eyes at me for the second time that day, before my mother chirped “And quit rolling your eyes, Jason, don’t you know they could get stuck like that one day?”

Jason started to roll his eyes again, but stopped himself and called to make reservations.

Once I was satisfied with my appearance I hopped on my bicycle and decided to stop at the market before I rode the four blocks to my brother’s apartment. In hindsight, I probably should have worn tennis shoes rather than heels, but as the saying goes, “hindsight is always 20/20.” I needed just a few things, some fresh honey crisp apples, (since they were finally in season,) a baguette, and some cheese. Of course, I would probably also get a container of chrusciki, as I could never resist the delightful, airy pastry. 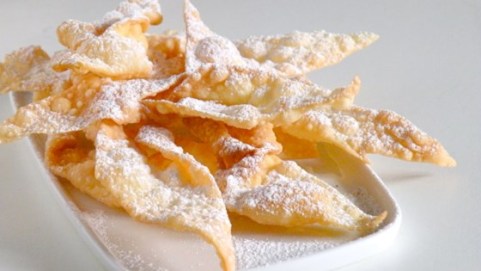 I put my groceries in the basket and hopped on the vintage red bike that I fell in love with the moment I laid eyes on.

As I was leaving, the front wheel of my bike hit a raised brick on the sidewalk, and when I went to put my foot down to help brake, the heel of my stiletto turned causing me and the bike to topple over. I hurriedly stood, brushing my dress off and pushing my hair behind my ears, a trait I tend to do whenever I’m nervous or embarrassed, and looked around, praying that nobody noticed.

I kneeled down to pick up my spilled produce when a handsome man handed me an apple. “I believe this belongs to you.” He said with a smile.

I smiled back, politely, pushing another strand of hair behind my ear before taking the apple from him. “Erm, thank you. I guess you saw my little performance?”

“Yeah,” I sighed. “You know, I just like to make people laugh, and besides, everyone knows bruised apples taste better.”

He chuckled. “I’m Matthew.” He gently grabbed my arm and helped me stand before kneeling down to pick up my bicycle.

“Christine,” I smiled, taking in his appearance, the man was gorgeous. “And thank you.”

“No problem.” He hesitated a moment before wheeling the bike in my direction. “I don’t normally do this, but would you like to have dinner with me sometime?”

I choked on my own saliva as soon as the question left his mouth “Um, cough, excuse me, cough.” I held up a finger and turned my head as I continued to hack up a lung, turning 5 shades of red, both from lack of oxygen and embarrassment.

I turned back to him and flashed him a smile, flipping my hair over my shoulder, trying to act smoother than I actually am. “Dinner sounds lovely.”

He chuckled and took his phone out of his pocket, “By the way you’re dressed, I deduce that you’re on your way to an event?”

“Oh, that’s awesome. Well, I won’t keep you, but would you mind giving me your phone number, and we’ll talk later and decide when and where to go for dinner?” He asked as he handed me his phone. 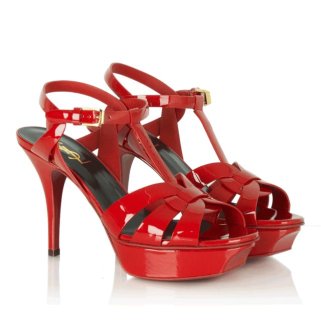 We exchanged phone numbers and texted each other throughout the day. Apparently, hindsight isn’t always 20/20, it’s a good thing I didn’t wear those tennis shoes after all!

I hope you enjoyed my story!

I will continue the challenge by nominating:

Here is your picture:

In case you couldn’t tell, I’m in the Halloween spirit!