The Rise and Fall of Marcus & Addison

Last week Mathew, author of Blog of The Wolf Boy posted this beautiful story about Marcus & Addison from Marcus’ point of view. He opened it up for anyone who wanted to tell Addison’s side of the story, so I thought I would give it a shot.

Here is the link to Mathew’s original post, where he tells Marcus’ side of things.

Life is funny sometimes. One minute you think you have life figured out, you are chasing your dreams and living your best life, but then the universe decides to throw you a curve-ball, making you question everything you thought you knew you wanted, and longing for something you didn’t even realize you were missing, or in Addison’s case, someone.

Addison was living the dream, traveling to local cities and towns around the area she grew up in, playing at different bars and pubs. She fell in love with music at a very early age, and when she first listened to her mom’s Janis Joplin albums, she knew she wanted to become a professional musician She started writing music at only 12-years-old, but she still included at least one Janis Joplin cover in her set list, paying homage to the woman who inspired her to chase her dreams.

Addison hadn’t given much thought to the idea of love. She met a few men, most of them wanted to use her to try and earn their 15 minutes of fame, or they were only after one thing, which she didn’t always mind. One night stands scratched an itch, and there were no hard feelings when she left early in the morning.

One night while playing at a local pub in her hometown, her gaze fell on a wickedly handsome man whose eyes she had caught the attention of. She flashed him a smile, and he smiled back shyly, slowly turning his attention back to his friends at the table. She was instantly smitten and she knew she had to talk to him, but she didn’t expect the curve-ball that smacked her in the face when she fell for his charm, he was funny and sweet, and unlike any other man she had ever met, and that difference drew her in, quickly. 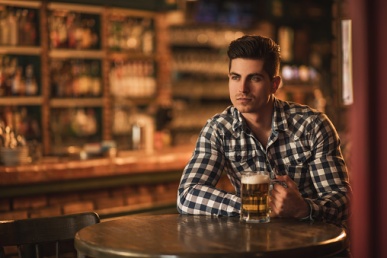 It wasn’t long before the two were spending every possible moment together. Marcus introduced her to his friends, and they were witty & funny, and it didn’t take long before she found herself referring to them as her friends too. She played her first game of Dungeons and Dragons and fell in love, he brought out her nerdy side. Marcus was supportive of her dreams and attended as many of her gigs as he could, and she couldn’t help the smile that crossed her face every time she spotted him in the crowd.

As the months flew by Marcus’ career took off after his company released its first big video game, which became a sensational hit, and Addison was still chasing her dreams of becoming a professional musician. They spent as much time together as they could, but it seemed like the time their schedules allowed for them to be together were becoming further and fewer between.

One night, Addison decided to sing “Bobby McGee,” she poured her soul into it, knowing that the time was coming, when she would have to let Marcus slip away, but she didn’t realize that day was coming sooner than she had anticipated. As she made her way off the stage, towards Marcus she was approached by a man in a tailored suit, and she was hit with yet another curve-ball. It was a record producer, and he wanted to sign her. She became elated, her dreams were finally coming true! She turned her direction towards Marcus, and she could read the worry on his face, and her heart sank.

After careful consideration Addison knew she had to go. She had been chasing this dream for so long now, and if she didn’t take this opportunity, she would always wonder what if. She wanted so badly for Marcus to come with her, but she knew she couldn’t ask that of him. He had his career and an entire life here, there was nothing for him on the road, that kind of lifestyle just wasn’t for him, and she couldn’t blame him for that.

They spent the remainder of the month with as much time together as they possibly could, before she had to leave. Marcus was adamant about driving her to the airport, where she would fly to the big city to record her first record deal, and go on her first big tour. She kissed him goodbye and promised to keep in touch, and despite the distance they remained close friends. Continuing to talk often, face-timing one another, and getting together whenever she flew back home.

Addison still couldn’t help but fight back tears every time she sang the line “But I would trade all of my tomorrows for one single yesterday to be holding Bobby’s body next to mine.”

Although, she was grateful for her choice, and she wanted nothing but happiness for them both, “Bobby McGee” would just never be the same.

For some reason, when I read Mathew’s post the song “Bobby McGee” popped into my head, so I decided to include it into Addison’s side of the story.

This was a fun piece to write. I really hope you enjoyed reading it!

18 Responses to The Rise and Fall of Marcus & Addison