There are three men in this entire world who have a piece of my heart, three men that I would lay down my own life for. One of those three men is my daddy

My father is one of the best men I know, and I’m not just saying that because he’s my dad. My dad is the type of guy who will beat the crap out of you defending someone that he loves, and then give you his shirt because he ripped yours. (Literally, this happened).

My dad had a very hard upbringing; he was beaten until the blood ran down his legs, into his shoes. He was forced to grow up too quickly. My dad could have turned out to be abusive, to be like his father and not give a damn about his kids, but that is the complete opposite of my father.  My dad is strong, yet gentle, brave, yet sensitive, confident, yet humble.  The love my father has for my brother and I is infinite. When he is no longer here, his love for us will remain.

My father was diagnosed with Lymphoma in 2009. I’m not going to lie to you; there was a time when I thought he wouldn’t make it. As I was planning my wedding in 2011, and his cancer had come back I was preparing to have my brother walk me down the aisle, and for Neil’s uncle to take the place of my brother as a groomsman. My dad was able to walk me down the aisle, and as much as I love my brother, I’m glad it was my dad. No one else should have had that job! When it was time for the father/daughter dance I held onto my dad like it would be the last time I would ever see him, and I bawled like a baby, because I wasn’t sure I would get to have that dance with him, and I was overjoyed because he was still here! My dad is still here today, stronger than ever, and in remission! I believe this is because my dad is not only a fighter, but his faith in God, and his trust that he will be okay is what has pulled him through. He never once got sick on chemo; in fact, he’s the only person I know who gained weight while on it! 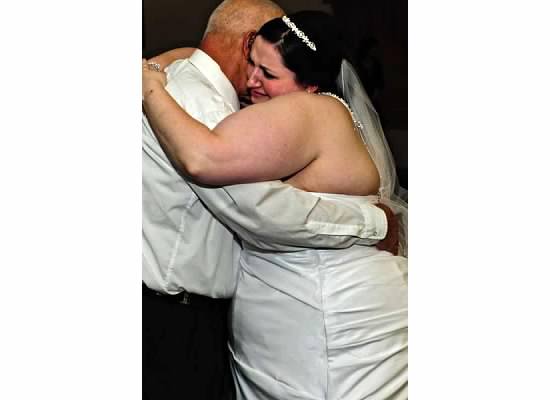 My dad would do anything for anybody. He is the most kind-spirited man I know. He never does anything half-assed, he gives 100% of himself to every task he’s ever done. From working hard labor at the roads department, to taking care of my mother, to loving each and every one of his family members. His nieces feel blessed to have them as an uncle. Some have said he is more like a father to them than their own. I first learned about love through my dad, because not many men are able to show love like the way my father has shown me. There is not a single day that goes by that he doesn’t tell me he loves me. Every time I see him he won’t let me leave without a hug. When he talks about me or my brother his entire face lights up, and you know that we are his world. Even now, as adults, he couldn’t be any more proud. The best thing my father ever did for me was believe in me. I am the woman I am today because he always pushed me to do my best. He taught me that even if I was doing something I didn’t love, I should always give it my best effort, because that was going to get my where I wanted to be. I wouldn’t be a manager if it wasn’t for him believing in me since the day I was born. 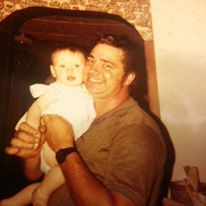 So hats off to all of the dads who make their kids feel loved and wanted, but this Father’s Day, I want to pay tribute to the man who truly made a difference in my life, who has held my hand through all of my victories and failures. The man who made me the person I am today, my father and my hero!

I love you daddy!!

3 Responses to A Fathers Love